Bielefeld is a German city placed in the Ostwestphalen-Lippe Region, in the north-east of North-Rhine Westphalia. Its 327,000 inhabitants make Bielefeld the most populated city in the Regierungsbezirk Detmold.
Its historical center is located on the north of Teutoburg Forest and the modern Bielefeld lies on the opposite side.
Bielefeld`s specific landmark is Sparrenburg Castle, with a 37m (121ft) high tower and catacombs, built by Count Ludwig von Ravensberg between 1240-1250.
In the New City Hall (NeuesRathaus) are located most of the city`s public offices, whilst the Old City Hall (AltesRathaus), built in 1904, still holds the mayor` s office.
The Old City Hall has the same Gothic and Renaissance art elements as The City Theatre(Stadttheater), also built in 1904 andwhich hosts the Bielefeld`s main theatre and The Opera.
The AltstädterNicolaikirche is the city`s oldest church. Founded in 1236, then developed, destroyed during the World War II and then rebuilt, the masterpiece of the Gothic construction is a carved altar from Antwerp.
The largest and the most precious church is considered to be the NeustädterMarienkirche, founded in 1293, which treasures an altarpiece defining the artwork of German Middle Age and other two altarpieces, The Flagellation and The Crucifixion, exhibited in the Metropolitan Museum of Art in New York.
Among other cultural sights can be mentioned: the Art Museum(Kunsthalle), the Rudolf Oetker Concert Hall(Rudolf-Oetker-Halle), the Botanical Garden(BotanischerGarten). A special attraction is the Bielefeld Children`s Choir (BielefelderKinderchor), famous for its Christmas concerts.
Some important international companies such as: Dr. Oetker, Gildemeister and Schüco are located in Bielefeld. 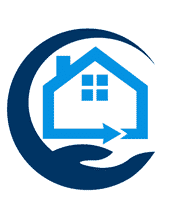 Europe Remove is specialised in Removals to Germany with door to door deliveries. We offer Storage and Removal Services at attractive prices and will ensure your moving will take place as a fast paced and secure operation.
We provide a cost effective and reliable service to you. Be it a small or a large number of boxes that needs moving, we can arrange collection of your belongings and relocation, as well as Storage, all only under the best conditions and with highly Qualified Professionals Removers. You can even leave the Packing to us. We will make sure everything will be Packed Securely with only the best Packing Supplies available. If you’re not convinced just use our Free Quote service.
You can contact us for any questions you might have. +44 (0) 208 501 2069 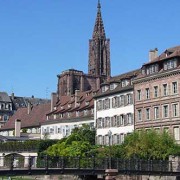 Why Move to Switzerland?

Why Do the Swiss Have So Much Fun?

International or Dutch: Education in Holland

Something in the Water?

Find a job in Germany Today

Removals to Lausanne
Scroll to top